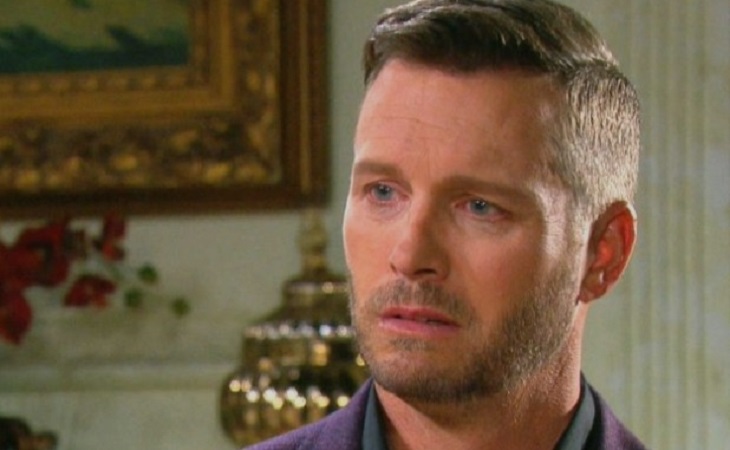 Days of Our Lives spoilers reveal that Brady Black (Eric Martsolf) figures out that Victor Kiriakis (John Aniston) was involved in the baby swap. He angrily confronts his grandfather and tells him they are no longer family. He doesn’t care what Victor’s excuse is. Brady is out for blood and is seeing red when he gives Victor his punishment for the cruel scheme.

DOOL spoilers reveal that Brady thinks about the baby swap and Xander Cook Kiriakis’ (Paul Telfer) involvement. He suddenly realizes that Victor must have been part of the scheme. Furious, Brady goes to the Kiriakis mansion to confront his grandfather about the baby switch. But he doesn’t want to hear anything from the man. There is nothing Victor can say that can justify what he did. 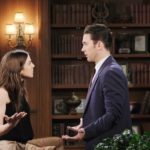 In the latest issue of Soap Opera Digest, Martsolf explained that Brady is highly irate by the revelation. When he storms into the mansion, he rages at Victor over his deception. He doesn’t care if Victor did it to protect Maggie Horton Kiriakis (Suzanne Rogers). He and Kristen suffered for nearly a year thinking that their daughter had died.

Days of Our Lives spoilers reveal that Victor tries to explain his motivations to Brady, but it falls on deaf ears. Brady and Kristen both want revenge and for the people responsible to pay.

“He tells Victor they are no longer family. He doesn’t want anything to do with him or his life… He wants to destroy the man.”

Martsolf added that Brady is so enraged that all he sees is fire. The actor said that Brady isn’t in the mood for apologies, excuses, or sympathy.

Even though Brady is furious enough to want Victor punished, he leaves without touching the man. He disowns Victor and has no intention of ever forgiving the man. Then, he goes to tell Kristen that Victor was the mastermind of the baby switch. However, she already confronted Xander and found out all the details.

Later, Sonny Kiriakis (Freddie Smith) calls Brady to inform him that Victor has been stabbed. That is when he looks at Kristen and realizes that she already got her revenge. Now, will Brady try to protect her from the consequences of trying to kill Victor? Or will he realize that no matter how “good” Kristen becomes, her killer instincts will always resurface?