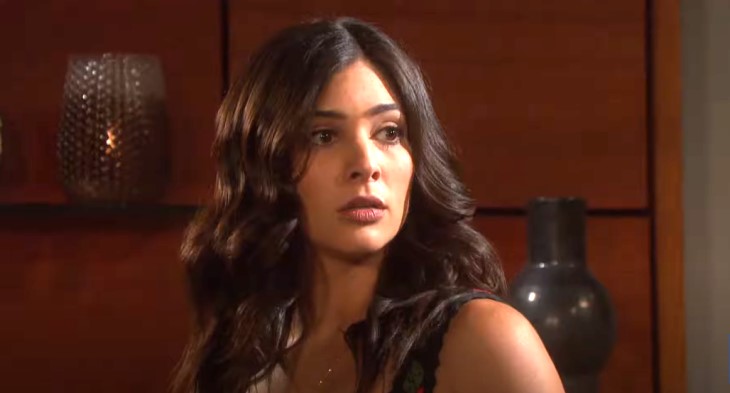 Days of Our Lives spoilers reveal that Brandon Barash returns on April 23. However, he was brain-dead and his heart was given to Julie Williams (Susan Seaforth Hayes). So, how is his appearance possible?

While the actor might be playing a lookalike, there’s also a chance that Gabi Hernandez (Camila Banus) has finally lost her mind. 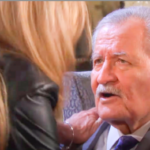 DOOL spoilers confirm that Barash will pop back on television screens on April 23. The actor sang an amusing song about Stefan’s entry and exit, which was posted on the official DOOL app. In that same video, he announced when fans will finally see him back in Salem.

However, Barash would not give any hints if he was coming back as Stefan, a new character, or if he was a Stefan impersonator.

As fans recall, Stefan ended up dying when he jumped in front of his mother, Vivian Alamain (previously played by both Robin Strasser and Louise Sorel). Lani Price (Sal Stowers) aimed her gun and fired. However, Stefan’s leap-and-rescue mission ended with him losing his own life.

Dr. Wilhelm Rolf (William Utay) couldn’t give him the resurrection injection due to Stefan being brain-dead. Then, his heart was donated to Julie, so it will be interesting how the writers explain his reappearance.

Days of Our Lives Spoilers – Gabi Hernandez Loses Everything

Days of Our Lives spoilers reveal that Gabi has lost everything. She is no longer CEO of DiMera Enterprises, was lucky to have avoided prison time, and has even lost the respect of her loved ones. Rafe Hernandez (Galen Gering) always supported and defended her. But even now, he realizes that Gabi is a hot mess.

Is it possible that after losing everything, that she might sink into a deep depression? It is clear she never went through the full grieving process. Perhaps she will continue to mourn for her dead lover.

In some cases, survivors end up going through grief-induced psychosis, which can include hallucinations. Could Gabi be the next Salemite to get a mental health storyline? We will have to wait and see if Stefan is really back and which character he will be playing.

What are your theories on Barash’s return? Is he Stefan, a new DiMera, or perhaps is just a lookalike? Or do you have another idea about what to expect when the dead Salemite appears to Gabi?