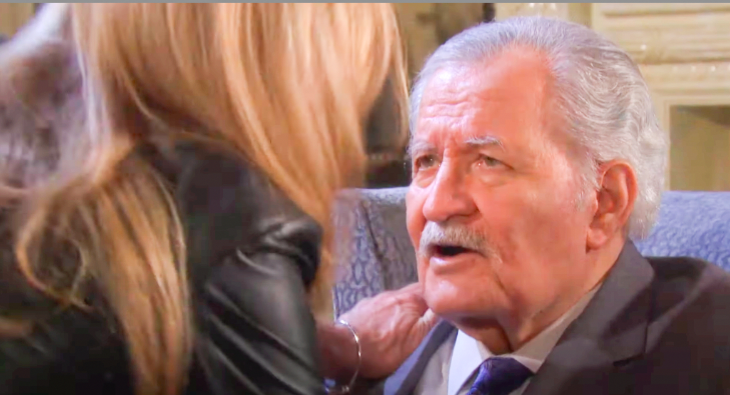 Days of Our Lives spoilers reveal that Brady Black (Eric Martsolf) confronts his grandfather and disowns him for the baby swap scheme. After he leaves, Sonny Kiriakis (Freddie Smith) finds Victor Kiriakis’ (John Aniston) bloody body. When he calls Brady to tell him about the brutal stabbing, Brady comes to a horrifying realization that could change the course of his life. 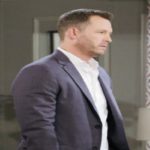 DOOL spoilers reveal that Brady comes to the conclusion that if Xander Cook Kiriakis (Paul Telfer) switched babies, then Victor probably ordered him to do it. Filled with rage, Brady goes to lash out at the Kiriakis patriarch.

He basically disowns the elderly man and informs him that they are no longer family. Brady hates him for letting him believe all of this time that Rachel Isabella DiMera Black (the May twins) was dead.

Over the years, Brady and Victor have struggled with their complicated relationship. Victor had a tendency to pit family members against each other when it came to business matters. Victor has also been hard on Brady. He has always given him grief over everything, including romantic partners. Victor just can’t be a listening ear or forget Brady’s many mistakes. He constantly would remind his grandson of his failures.

For a long time, Brady tries desperately to please Victor. However, when he found out that Kristen DiMera (Stacy Haiduk) was pregnant, Brady finally started standing up to the man. However, they were always still family. The baby swap completely changes their relationship.

Days of Our Lives spoilers reveal that Brady disowns Victor, then leaves to go tell Kristen who orchestrated the baby switch. He is surprised to find out that Kristen confronted Xander and found out he was following Victor’s orders.

Then, Brady gets a frantic phone call from Sonny. He is shocked to hear that after Brady left the Kiriakis mansion, Victor was stabbed. That is when he has a horrifying realization.

It is teased in the latest issue of Soap Opera Digest that Brady looks at Kristen and realizes that she attacked Victor. He is horrified that she stabbed Victor, even though he is well aware of her killer capabilities. Martsolf explained,

“Even though Kristen is a reformed woman, so to speak, Brady’s fully aware of her temperament and what she’s capable of doing as far as revenge is concerned.”

Brady doesn’t want to believe that Kristen went back to her old ways. However, he can’t ignore the truth forever. Kristen was finally proving to others she was a changed woman, so this is definitely a huge setback in more ways than one. How will Brady deal with what Kristen has done?