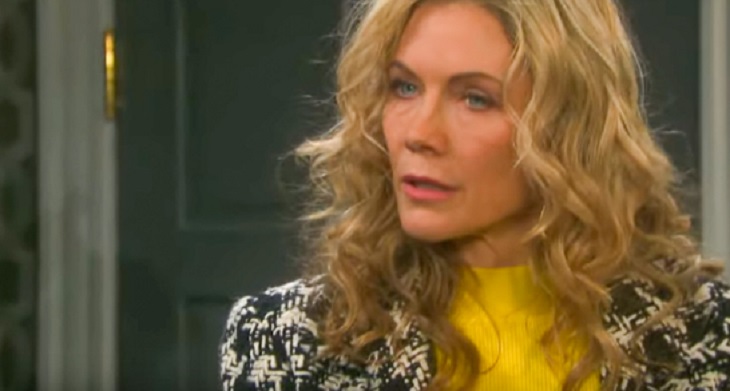 But “Stevano” wanted one last chance to say goodbye to his kids. During this meeting, Kristen DiMera (Stacey Haiduk) rebuffed her “father”, after he told he that she was the most like him. Kristen claimed she has changed, but “Stevano” seemed unconvinced. But has Kristen really changed for good?

Days of Our Lives Spoilers: Pregnancy and Death?

Kristen had finally seemingly gotten everything that she had ever wanted. She had the love of Brady Black (Eric Martsolf) and was finally pregnant. This seemed to soften Kristen. 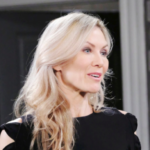 But then fate intervened, and Kristen has been led to believe her baby died shortly after birth. The truth is that her baby is still very much alive, but Kristen doesn’t know that as of yet. After accidentally killing Haley Chen (Thia Megia), Kristen fled to Rome and joined a convent with the intent of becoming a nun.

Days of Our Lives Spoilers: Return to Salem

But fate intervened and Kristen ended up returning to Salem Kristen and Brady finally reunited and through it all, Kristen has remained on the side of angels. But what will happen once she finds out that her baby is still alive?

The truth is that Victor Kiriakis (John Aniston) and Xander Cook (Paul Tefler) switched Sarah Horton’s (Linsey Godfrey) dead baby. But once Kristen finds out what Xander and Victor did, will her old impulses return and lead Kristen to seek revenge?

Days of Our Lives Spoilers: Brady and Rachel

But the difference now is that Kristen has made some real connections. She and Lani Price (Sal Stowers) formed a a tight bond during their time in Rome together. She has Brady’s love and respect.

Kristen and Dr. Marlena Evans (Diedre Hall) even called a type of truce. But the more important factor now is that Kristen will shortly have her daughter back. Will her maternal instincts trump her need for revenge. If “Stevano” was right, then Kristen will revert to her dangerous ways!

Will Kristen remain her best self after the baby swap reveal? Or will her need for revenge against Xander and Victor lead her back to her darker impulses? Anything can happen, so stay tuned to Days of Our Lives airing weekdays on NBC. And don’t forget to check back here regularly for all your Days of Our Lives news, information and spoilers!