Days of Our Lives Spoilers: Justin and Steve Both Battle for Kayla’s Love – Sonny Gets Involved in Love Triangle 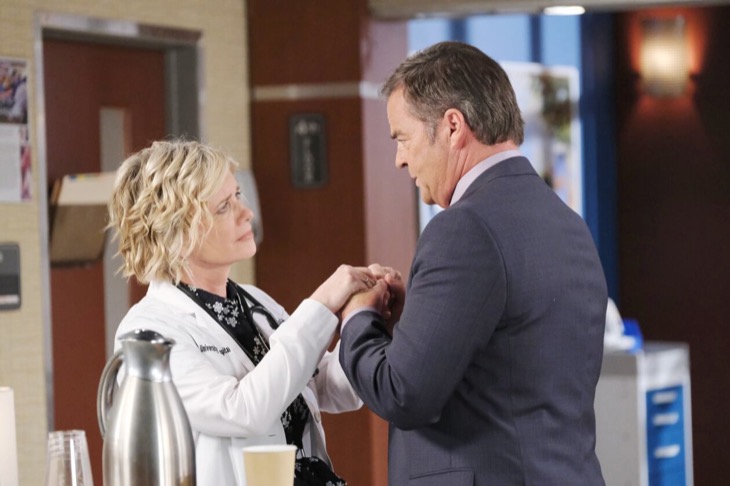 Days of Our Lives spoilers reveal that Justin Kiriakis (Wally Kurth) informs Steve Johnson (Stephen Nichols) that he isn’t giving up on the woman he loves. Even Sonny Kiriakis (Freddie Smith) defends Dr. Kayla Brady’s (Mary Beth Evans) new man. However, that isn’t scaring off “Patch.” He believes that he can once again have the epic love story that made “Stayla” a household name.

DOOL spoilers reveal that it wasn’t Steve that signed the divorce papers, but when he was brain-chipped to act as Stefano DiMera. It is due to those divorce papers that Kayla stopped hoping Steve would come home. It also led to her accepting that her marriage was over, which led to her move on with another man. As fans know, that man is none other than Justin.

In the latest issue of Soap Opera Digest, Kurth explained how Justin is perceiving things. It’s not just the fact that Steve is awake and could remember Kayla and the love they shared. Kurth told the magazine,

“Obviously, the fact that Steve wasn’t in his right mind when he signed those divorce papers changes everything. Justin’s distraught. He knows that he’s at a crossroads and being realistic.”

Days of Our Lives spoilers reveal that the Steve/Kayla/Justin love triangle will have other people getting involved. Not only has Jack Deveraux (Matthew Ashford) and Jennifer Horton (Melissa Reeves) offered input, but Sonny will get involved. He pays Steve a visit and defends his father’s relationship with Kayla.

However, Steve has no intention of giving up on the woman he loves. He informs Sonny that he will fight for Kayla, information that Sonny relays to Justin. 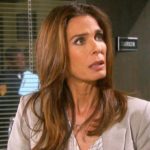 It is teased that both Justin and Steve are in love with Kayla. They will both fight for her heart and this could put their loved ones in an awkward position. What Kayla needs to do is follow her heart, but which decision is the right one? Most fans will agree that “Stayla” belongs together, but if that actually happens remains to be seen.

Would you like to see Kayla continue her romance with Justin, or does she belong back with Steve? How long will it take her to make a decision and what does the future hold for the man that is left with a broken heart?