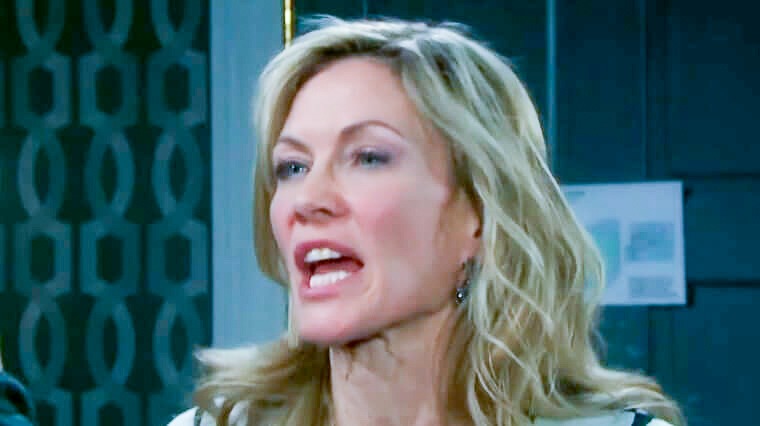 Days of Our Lives spoilers reveal that Xander Cook Kiriakis (Paul Telfer) is not the only one blamed for the baby switch. He ends up telling the truth about Victor Kiriakis (John Aniston) ordering him to do it. This will cause Kristen DiMera (Stacy Haiduk) to violently attack the patriarch. Then, he is rushed to the hospital. Are the events connected or is it another health problem for Victor?

DOOL spoilers reveal that when Xander tries to explain what happened to Sarah Horton (Linsey Godfrey). He ends up telling her that he was just following orders by Victor in order to protect Maggie Horton Kiriakis (Suzanne Rogers).

However, the real reason why he did it was to secure his place in Sarah’s life. 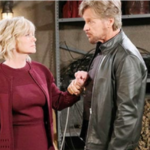 According to the Facebook page Days of Our Lives Past, Present, and Future, Kristen is furious that Victor caused all of her pain. It led to Haley Chen (formerly Thia Megia) dying, as well as JJ Deveraux (formerly Casey Moss) turning to pills to deal with his loss.

Now, Kristen finally knows that her baby is alive, but now she has been kidnapped by Sarah. So, Kristen resorts to violence and viciously attacks the elderly man on April 23.

Days of Our Lives spoilers reveal that the very next day, on April 24, fans will see Victor being rushed to the hospital. Does this mean that Kristen does damage to the old man? He might be a villain and has done a horrible thing, but he’s also a senior citizen. He’s old, frail, and just recovered from a stroke. This could prevent her from getting custody of her daughter, that’s for sure.

Days Of Our Lives Spoilers: Hope Struggles With Her Past As Gina – Can John Help Her Move On? #DOOL #Days #DaysOfOurLives https://t.co/ybYa5hx5yY

Days of Our Lives Spoilers: Injury or Another Stroke?

It seems likely that Kristen doesn’t actually hurt Victor, but he might have another stroke. Of course, the health problem was probably aggravated by Kristen’s violent assault. There is no news on the actor leaving, so we’re sure Victor will recover.

However, where does Brady Black (Eric Martsolf) stand on all of this? Will he side with Kristen or will he be horrified at his lover’s violent outburst towards a sick old man? Fans will have to keep watching the NBC soap opera to see how this storyline plays out in the next few weeks.