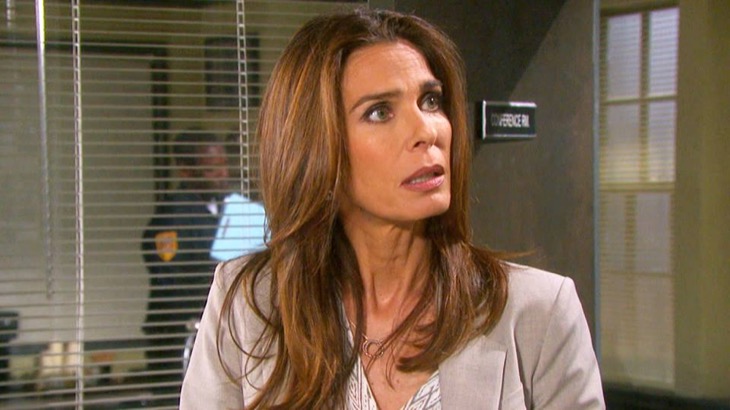 Taking into account the one year time jump this past November, Hope was Princess Gina for over a year! Even though she knows mentally that she was not responsible for her actions while under the influence of Gina, thanks to a microchip implanted in her brain stem, and being controlled by it much as Stefano DiMera (then Joseph Mascolo) originally controlled her by satellite with a wristwatch, many years ago.

During the time she was Gina, she lied about Hope’s house needing repairs and moved in with John Black (Drake Hogestyn) and interfered in John and Marlena Evans, (Deidre Hall) communicating with each other while she was studying in Germany (which Gina also set up, to get her away from John) and basically tried to move in ON John, she later kidnapped and tortured him, and helped hide “Steveano” DiMera (Stephen Nichols) from the police! Steve Johnson (Stephen Nichols) was also controlled by a microchip turning him into Stefano, although his operation to remove it was much more complicated than Hope’s! 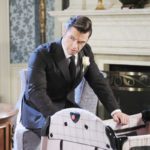 The thing Hope struggles with the most, however, is her pushing her cousin and best friend Jennifer Deveraux (Melissa Reeves) over a balcony, causing a one-year coma! Jennifer has forgiven her, and knows mentally she wasn’t responsible for her behavior while under the influence of the microchip, but Hope still feels terribly guilty! She also feels guilty over the trouble she tried, as Gina, to cause between John and Marlena, but Jennifer is like a sister- as a matter of fact, longtime Days of Our Lives viewers will recall that for a period of time as teenagers, Jennifer lived with Doug and Julie Williams (Bill Hayes, Susan Seaforth Hayes) and she and Hope were raised like sisters.

No matter how much Hope talks to Jennifer, or to Marlena, or to anyone else, she knows that they understand she was not operating under her own mentality as Princess Gina, but they may not totally be able to relate – although Marlena actually might be able to somewhat since she was under Stefano’s mind control as well, and more than one time. Who can forget “Mardevil” or Marlena in the golden cage? And those times weren’t even with a microchip – it was more like a method he used on Chad DiMera (Billy Flynn) recently.

Days of Our Lives Spoilers: Chad and Abby Take Opposite Sides Over Sarah and Kristen’s Baby Battle https://t.co/Io5oSenXFD pic.twitter.com/Yw2swWeQQy

It has been a very long time since John was a priest, but maybe some advice about forgiveness might help – in particular, forgiving herself, even though it wasn’t the real Hope who committed these crimes and schemes, at least not mentally. Even Marlena would tell her that. The fact that Hope feels guilty shows she blames herself and if she can’t feel relieved that the ones she harmed as Gina have all forgiven her and not held her accountable for what she did to them, then she needs to forgive herself. Once she is able to do that, she won’t feel the guilt anymore.