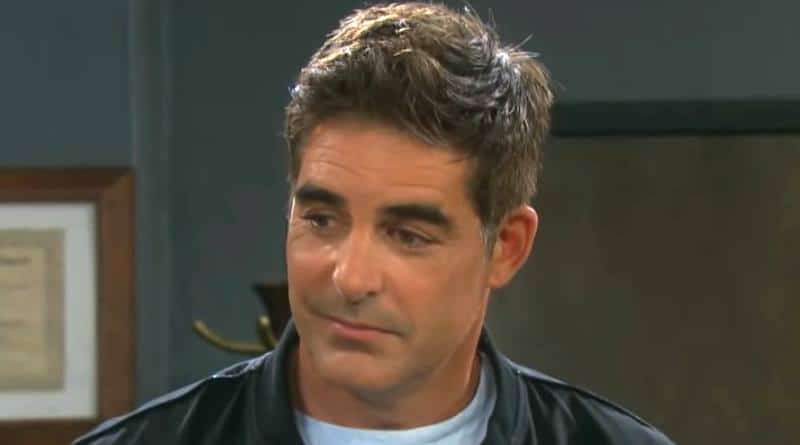 Days of Our Lives (DOOL) spoilers tease that Evan Frears (Brock Kelly) is about to get a new hotshot attorney, Zoey (Kelly Thiebaud). While nothing is known about this new addition to Salem, she’s sure to cross paths with Rafe Hernandez (Galen Gering). The question is will sparks of the romantic kind occur between Rafe and Zoey? Zoey may have more than a professional connection to Evan, it’s quite possible that she’s his sister!

DOOL Spoilers – Orpheus had a son and a daughter

As viewers know, Evan was recently revealed to be the son of Orpheus (George DelHoyo). Orpheus has also mentioned that Evan has a sister, could that be Zoey? Zoey might want to keep that connection quiet, considering Orpheus’ history in the city of Salem.

If Rafe gets involved with Zoey, he might find himself surprised later on to find out he’s seeing Orpheus’ daughter. Orpheus is a dangerous killer, he once tried to burn Kayla Brady (Mary Beth Evans) and Marlena Evans (Deidre Hall) alive. He holds quite a grudge against Roman Brady (Josh Taylor) so there is no telling what kind of evil plot Orpheus has in store for Salem. 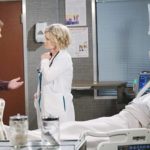 Rafe Hernandez hasn’t much luck later in the romance department

Rafe hasn’t much luck in the romance department. His romance and subsequent marriage to Hope Brady (Kristian Alfonso) fell apart almost as quickly as it started. He had a brief fling with Carrie Brady (Christy Clark) when she came to visit, but her stay was extremely short. Rafe’s other ex, Jordan Ridgeway (Chrishel Straus) was released from the sanitarium, but it wasn’t long before she was murdered by Evan. Despite her possible connection, could Zoey break the cycle for Rafe?

Since Rafe is trying to adopt little David, and Evan is his biological father, Zoey may find herself torn between the two of them. Rafe and Zoey are likely to spar about many things, but sometimes that’s exactly the spark that ignites a hot romance. Even if nothing long-term comes of it, Rafe could use a bit of fun after everything he’s gone through. Hopefully, Zoey can provide that!

Days of Our Lives Spoilers: Gabi Gets in a Battle With Tony and Chad – More DiMera Drama Coming Up?https://t.co/2LhR5R36cJ

Could Zoey be Orpheus’ daughter? Will romantic sparks occur between Rafe and Zoey? Will this bring joy or more heartache for poor Rafe? Only time will tell, so stay tuned to Days of Our Lives airing weekdays on NBC. And don’t forget to check back here regularly for all your Days of Our Lives news, information, and spoilers!