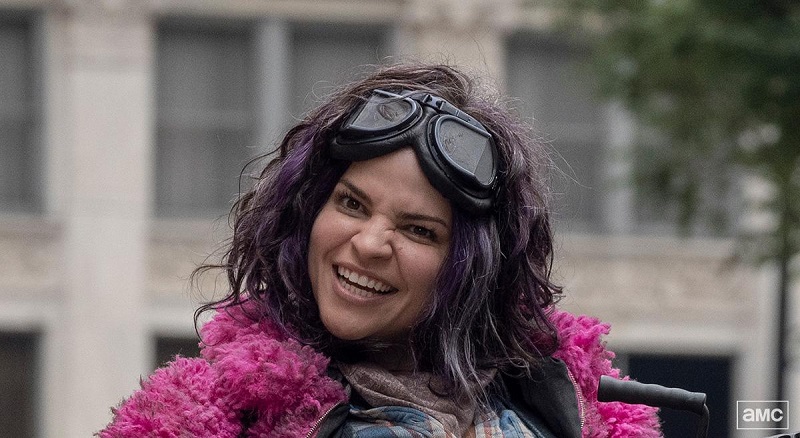 The Walking Dead Season 10 already introduced its latest comic book character. Princess is a purple-haired character who made a brief appearance in last week’s episode titled “Look at the Flowers.”

Her four-word introduction: “Oh my God, HI!” showed off her larger-than-life personality. She embarks on an adventure with Eugene (Josh McDermitt), Ezekial (Khary Payton), and Yumiko (Eleanor Matsuura) in this coming Sunday’s episode, as per TV Insider.

The new episode titled “The Tower” is the Season 10 final episode of the AMC series. The finale will air later this year. It will show the survivors going up against Beta (Ryan Hurst) and the Whisperers in a final battle in their war. No thanks to Princess, they could find themselves in a dangerous scenario. In the new promo clip, Princess reveals the head of one of the horses that escaped. That’s when she tells the trio that they’re standing atop of a minefield.

She then claims to know where they can go to avoid detonation. The spinoff series Fear the Walking Dead showed a mine-related dilemma last season. Morgan (Lennie James) stepped on one, but fortunately escaped. Hopefully, things will fare better for the survivors in this episode. 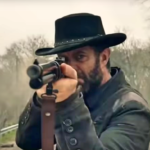 This season of The Walking Dead is ending sooner since post-production on Episode 16 is delayed due to the coronavirus pandemic. It’s also unclear whether viewers will see the Commonwealth in Episode 16 of Season 10 when it eventually airs.

The reveal could also be saved for Season 11. But the show has hinted towards this settlement at several times throughout the course of the series. Executive producer Scott Gimple confirmed that the Commonwealth could be featured on The Walking Dead.

Episode 16 of The Walking Dead Season 10 will air as a special episode later this year. “The Tower” will air on Sunday, April 5 at 9 p.m. ET on AMC.