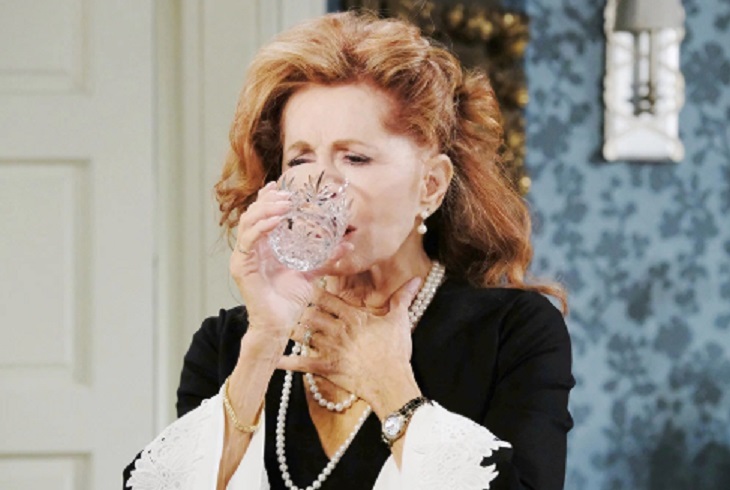 Days of Our Lives spoilers reveal that Maggie Horton Kiriakis (Suzanne Rogers) is now in prison for her role in Adrienne Kiriakis’ (Judi Evans) death. During a recent interview, the actress talked about the “earth-shattering” effect of playing such a meaty storyline. She also talked about being told that Maggie would go from a woman of virtue to having a bit of a “dark side.”

Days of Our Lives Spoilers: Alcoholism Plot in the 70s

DOOL spoilers reveal that this is not the first time that Maggie has dealt with an alcohol problem. The first time was all the way back in the late 70s. However, viewers didn’t care for it, so the storyline was canned. However, you can’t erase history, which it why we occasionally see relapses.

In the latest issue of Soap Opera Digest, actress Suzanne Rogers discussed how this heavy storyline has affected her. She called “earth-shattering” and explained that she hasn’t had a meaty plot in quite some time. Now that she’s older and it’s been awhile since she’s been on the front burner, she had concerns about the story being believable and truthful. 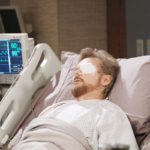 Days of Our Lives Spoilers: Maggie Horton Kiriakis’ ‘Dark Side’

Days of Our Lives spoilers reveal that Rogers was not thrilled that writers were going to push Maggie to the “dark side.” In fact, she didn’t want to do it at all. The actress said,

“I wasn’t thrilled when I was told they were going to bring the alcohol storyline back. I didn’t want to do it… For months, I was just a basket case.”

During an interview in a previous issue of Soap Opera Digest, head writer Ron Carlivati hinted that there would be redemption for Maggie. However, it won’t happy right away, but it would come eventually.

Despite Maggie remembering bits and pieces from that fateful night, fans refuse to believe that she drank so much she passed out at the wheel.

There is a popular theory that the person responsible is actually Maggie’s biological daughter – the one she gave up who grew to be a troubled adult — Summer Townsend (Marie Wilson). She blames Maggie for becoming an alcoholic herself, which led to a liver disease diagnosis. To find out if this is actually, true, we will have to keep watching the NBC soap opera.

Be sure to catch up on everything happening with DOOL right now. Come back here often for Days of spoilers, news, and updates.