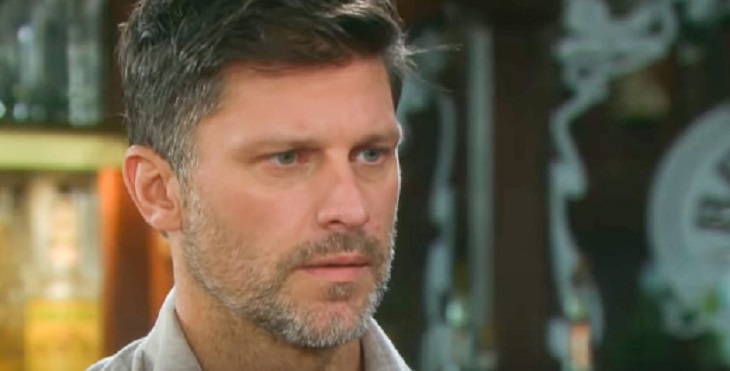 Days of Our Lives spoilers reveal that Eric Brady (Greg Vaughan) will be heartbroken when he learns that he is not the biological father of Mackenzie “Mickey” Horton (the May twins). However, his pain is made a little bit easier due to Nicole Walker (Arianne Zucker), as well as the touching words from Holly Jonas.

DOOL spoilers reveal that Nicole will return from her visit with Dr. Raynor (Victoria Platt) armed with the truth. She succeeded in getting the OB/GYN to tell her the truth about Mickey’s parents. It won’t be easy telling Eric, but Nicole has no other choice. He deserves to know that he isn’t the child’s biological father as he believed.

It is teased that Eric will be stunned by Nicole’s statement. At first, he won’t belive it and thinks there has to be another explanation. However, Nicole eventually convinces him that what she says is the truth. This leads him to experience a variety of emotions all at once. 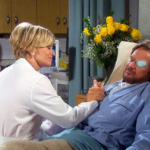 Days of Our Lives spoilers reveal that Eric will say a tearful goodbye to baby Mickey. He will be heartbroken because he was just starting to bond with the little girl. It’s also hard for him to let go because the one thing he has always wanted is a child of his own. He thought he finally got his wish with baby Mickey.

Now, it is true that he is a father figure to Holly. However, it was a bit of an issue between Eric and Nicole. She always thought it wouldn’t be enough because she couldn’t give him another child. It seems this issue will soon be resolved.

In the spring preview clip, there is one scene that is especially touching. Eric and Nicole are sitting down talking and Holly is there. She suddenly reaches up and gives Eric a big huge and calls him “daddy.” The timing couldn’t be more perfect because Eric will be struggling to cope with losing baby Mickey. He might be losing one child, but he will be gaining another with Nicole’s daughter.

What do you think the future holds for Eric, Nicole, and Holly? Will they finally walk down the aisle and become a family? Or will there be more complications ahead? To find out, fans will have to keep watching the NBC soap opera.