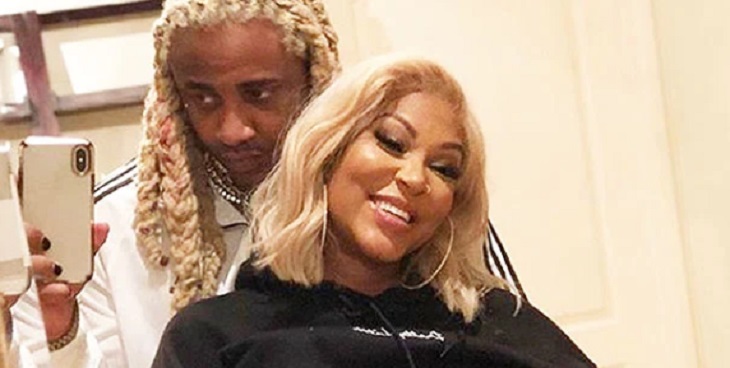 “Love and Hip Hop: Hollywood” star A1 Bentley is confirming things are still rocky with his estranged wife Lyrica Anderson.

Did you know she blocked him on social media? It all came out after A1 posted a very touching photo of Lyrica and their young son Ocean Bentley. Fans were liking the post and someone just had to mention he hadn’t tagged his wife in the photo.

This fan was even on the brink of blasting him for the move when A1 informed the world that his wife had blocked him. The two seem to be struggling with communication and this wasn’t because of some stupid storyline either. They weren’t on the newest season of LHHH.

Love and Hip Hop Hollywood: A1 Bentley and Lyrica Anderson

Their marriage is falling apart all on its own. “Last season on “LHHH,” Bentley and Anderson were experiencing marital woes. They both cheated on each other but blamed each other for causing damage in their relationship.

Anderson claimed Bentley cheated on her during her pregnancy and afterward with multiple women. The new father felt his actions were justifiable because his estranged wife was the first one to have an affair.

Love and Hip Hop Hollywood: Are A1 and Lyrica Still Married?

A1 would later claim that he wanted to be a better husband and father going forward, but based on the frosty relationship with Lyrica, they must not be making any headways in that general direction. Their relationship has not improved and if anything blocking him on social media seems like a decision made out of spite. They still share a child together. They should at least know what the other person posts about their son and so Lyrica should unblock him.

They have to remember that even if they get divorced down the line – their son should come first!