Arrow co-star David Ramsey plans John Diggle on the long-running CW series. He teased the series finale and revealed that fans will finally get answer to one of the biggest questions. They’ll learn about his connection to the Green Lantern Corps.

The Arrow series finale is just days away, but Ramsey’s new interview revealed details about his character. Arrow has been making connections with Diggle and fan-favorite Green Lantern, John Stewart, ever since the episode “Elseworlds.” 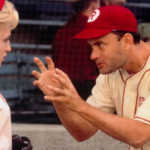 The Arrow Series Finale Is Just Days Away

The Diggle/Stewart connection was confirmed later, when it was revealed that Diggle’s stepfather is known as Roy Stewart. The arrival of the Green Lantern has had fans wondering for years. But an onscreen appearance of Oa increased speculation that it could happen sooner. Ramsey confirmed in an interview with TVLine that the show will address his character’s connection to the Corps.

“You are absolutely going to get your answers,” the actor said. “We’ve been talking about this for years, and I think everyone by series’ end will be very happy.” This comes as good news for Green Lantern fans who heard the announcement that HBO Max has greenlit a series centered around the Green Lantern Corps from Arrow executive producer Greg Berlanti.

“I’ve talked to Greg about it,” Ramsey told the outlet about the new series, “and they have a great plan.” The series is still in the development stage. But HBO has already said that the new show is “unlike anything seen on television” and says that it will be about “two major Green Lanterns on Earth.” Ramsey’s excitement about this series could relate to the John Diggle/Stewart connection that fans have been talking about.

“People are champing at the bit to see this universe, to see this military corps come to live-action, and I’m among the people who are so excited,” Ramsey explained. It’s interesting to see the CW series finale tease for another network’s show. But keep in mind that CW, DCTV, and HBO are owned by the same parent company. The Arrow series finale is on Tuesday, Jan. 28. So that means you won’t have to wait much longer to see what Berlanti and his team has in store for Diggle’s future.