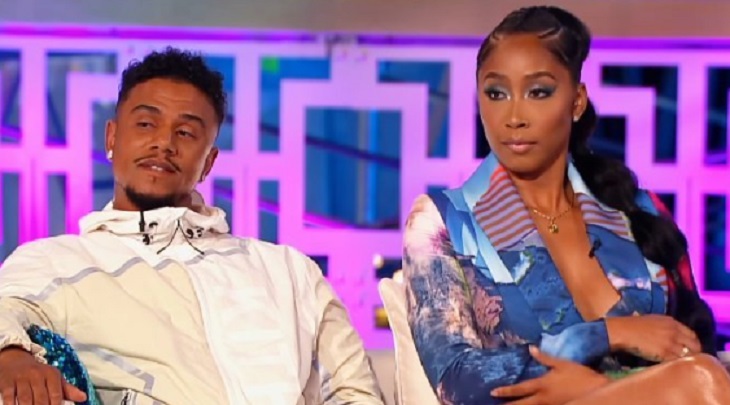 What’s up with Apryl Jones and Lil Fizz?  The “Love & Hip Hop: Hollywood” stars seem to still be together. There was some speculation after Apryl gave a non-answer answer in which she states “Dreux a great man and his focus is on Kam. My focus is on my children. We are where are. I kinda want to leave it there.” But despite all the doom and gloom there was someone that was willing to give a straight answer.

Moniece Slaughter was Lil Fizz’s baby mama and she was very clear when she said her ex was still with Apryl. If anything, she implied that it might be a publicity stunt to pretend they’ve broken up and if so that would just be so dumb. They didn’t have to draw out the process of a fake breakup. A fake breakup would have worked if they had settled the issue weeks ago and not have bored everyone with this back and forth.

Its like when they were first going out. They hadn’t wanted to confirm anything back then either and so they led everyone on a merry dance before they finally spoke truth to power. Things were different now though because there was Moniece as well as a potential insider. This insider spoke to BOSSIP and claimed the fake breakup was all a part of their upcoming storyline.

The stars needed to remain relevant on their reality show. They must not have been able to think up anything else because this storyline was weak and if they really wanted to stage this whole thing properly then the least could have done was stop living together. There’s just too many witnesses coming out of the woodwork saying they’re still sharing a house and, if the witnesses are right about that, they’re right about everything else.

And the couple really were wasting everyone’s time by playing “Are they or Aren’t there: Part II”.