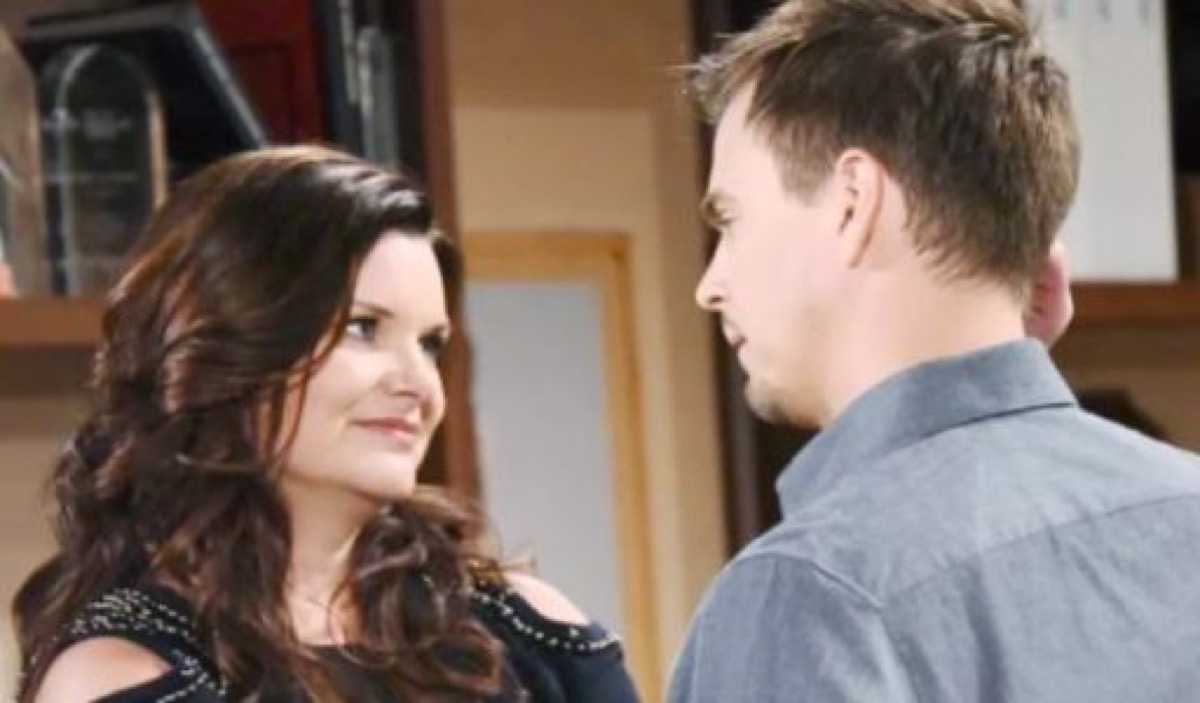 The Bold and the Beautiful (B&B) spoilers tease that Wyatt Spencer (Darin Brooks) will soon turn to an unlikely person about his relationship woes. As B&B viewers know, Wyatt is on the verge of getting back together with Flo Fulton (Katrina Bowden) after breaking up with Sally Spectra (Courtney Hope). Wyatt didn’t enjoy hurting Sally, but he felt that he wanted to try to rekindle things with Flo, whom he realized that he’d never stopped loving.

Well, according to B&B spoilers, Wyatt will end up talking to his ex, Katie Logan (Heather Tom) about his situation. He’ll be feeling bad about how he has hurt Sally. It looks like Wyatt will really be worried about Sally. As he recently told his mom Quinn Forrester (Rena Sofer), Sally has just seemed off and didn’t seem like herself. 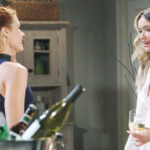 Of course, B&B viewers know that Sally is not at all herself lately. She’s been having problems designing and keeping her mind on her work, to the point where Ridge Forrester (Thorsten Kaye) and Steffy Forrester (Jacqueline MacInnes Wood) had to talk to her about the quality of her work. Sally’s now afraid that she’ll be fired from Forrester Creations, in addition to losing Wyatt.

But perhaps the worst part about this whole thing is that Sally is exhibiting serious physical symptoms. B&B viewers have seen her hands trembling and shaking on more than one occasion, and recently she got lightheaded and nearly fainted. According to the Bold and the Beautiful spoilers, Sally will soon find out that she’s suffering from a serious illness.

But for the time being, Wyatt will get some advice from Katie about the situation. According to B&B spoilers, Katie will assure Wyatt that Sally is a survivor, and that she’ll brush all of this off and come back stronger than before. But sadly, it looks like that might not be the case, depending on the diagnosis that Sally gets about her health.

One thing’s for sure – Wyatt is going to feel even worse about the breakup than he does now once he finds out that Sally is suffering from a serious illness. And if Sally does ultimately lose her position as a designer at Forrester Creations, along with both her relationship with Wyatt and her health, it’s going to be a very sad situation.

We’ll see what ends up happening with Sally, but it certainly looks like Wyatt will go on with Flo, and Sally will be left to deal with her impending health problems on her own. What do you think will be wrong with Sally?

As always, more detailed spoilers and a full collection of pictures for the week in question will appear here on Soap Opera Spy, where there will be more clues and hints over exactly what’s going on.