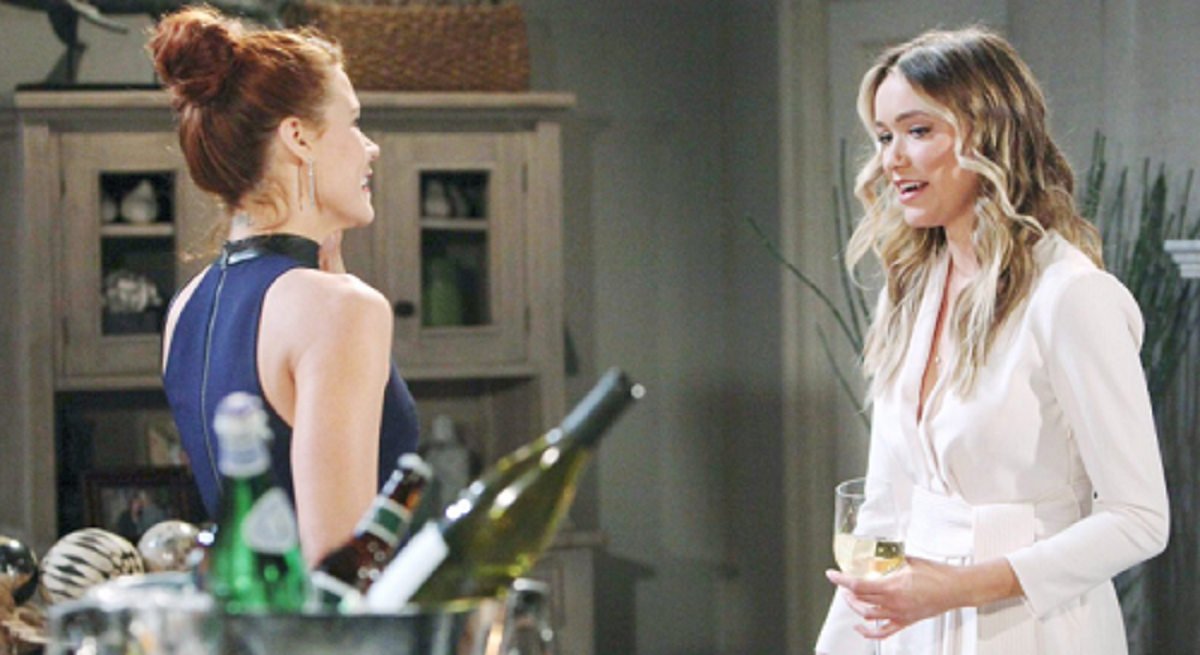 The Bold and the Beautiful spoilers reveal Flo Fulton (Katrina Bowden) thinks she is getting her man back. All he has to do is break off the engagement with Sally Spectra (Courtney Hope). However, the redhead pops up at Flo’s door to deliver a message. She clarifies Wyatt Spencer’s (Darin Brooks) relationship status.

Flo Fulton Gets Back Her Man… Maybe

B&B spoilers indicate Flo never stopped loving Wyatt and secretly hoped they would get back together one day. That moment finally arrived but she had to stop him in his tracks. Not wanting to be the one that destroyed Sally’s engagement, he must break things off with his fiancee first. 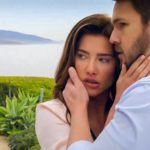 Breaking up is hard to do, but Sally might make it nearly impossible.

It is teased that Wyatt has a difficult time telling Sally the news. After all, she was home waiting for him wearing nothing but lingerie. She assures him that there is nobody else and he is the only man on her mind. After dealing with barely seeing each other, Sally is trying to make up for it.

Even though it is tempting for Wyatt to give into Sally’s seduction, he stops himself. He has to tell her that he has decided on a future with Flo. But it’s not that easy. Wyatt’s face actually looks pained as he tries to summon up the courage to break her heart once again.

The Bold and the Beautiful spoilers reveal Sally is making it difficult for Wyatt to end their relationship. However, he has to tell her that he is moving on with another woman. She will probably assume it’s because she has been working so much that he hasn’t seen much of her. However, that isn’t the reason for the split at all.

The Bold and the Beautiful Spoilers: Sally Spectra’s Illness – Is It Stress Or Symptoms Of Something More Serious? @celebratesoaps https://t.co/AuYTTeTNVW

The Bold and the Beautiful Spoilers: Relationship Status Update

After Sally finds out that she is being replaced by Flo for the second time, the designer pays her competition a visit. She firmly explains the status of her and Wyatt’s relationship. But, wouldn’t he tell Flo the truth directly? He would not send Sally to deliver messages for him.

One possibility is Wyatt does break things off with Sally, so she goes after Flo. Could she suggest Wyatt and her are still together? Will the designer make a threat to Flo? Or will she use the illness as a way to make the young woman feel guilty? She’s experienced enough negativity for her decisions. There is no way she would risk more people hating her.

Be sure to catch up on everything happening with B&B right now. Come back here often for The Bold and the Beautiful spoilers, news, updates and rumors!