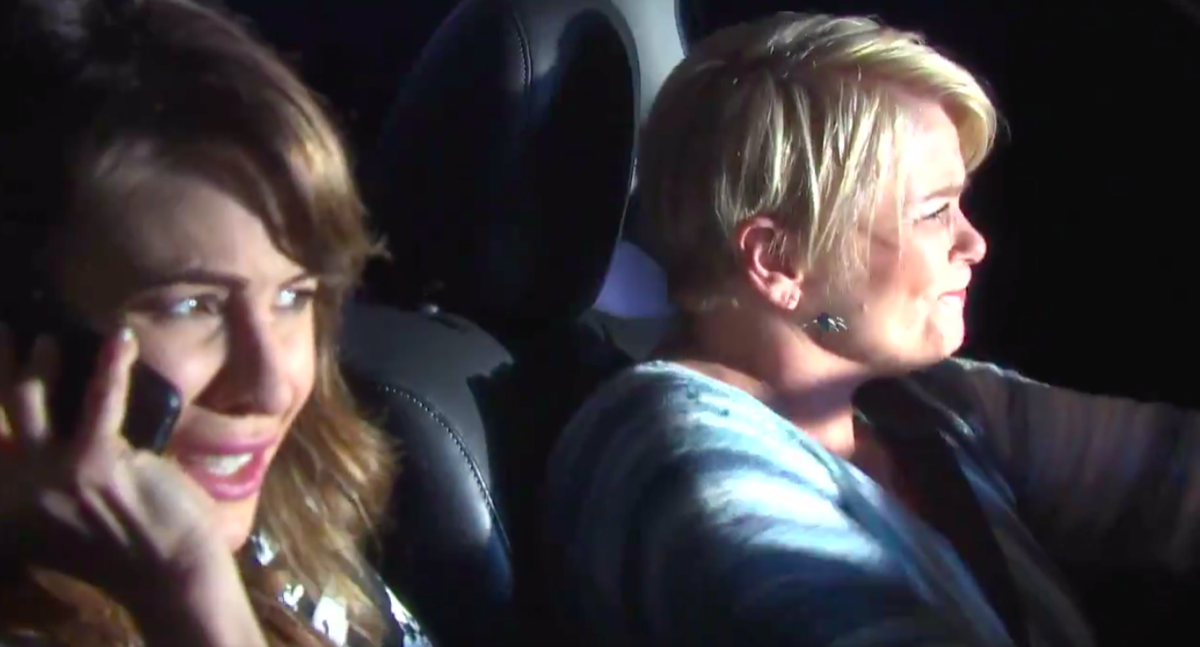 Days of Our Lives spoilers tease that Will Horton (Chandler Massey) finds Adrienne Kiriakis (Judi Evans) and Sarah Horton (Linsey Godfrey) in a precarious position in an upcoming episode of Days of Our Lives!

DOOL Spoilers: Will Horton Has Just Been In A Collision With One, Possibly Two Other Cars

Will has just been in a collision with one, possibly two other cars on a dark Mother’s Day night. He was knocked out for a second but seems to be okay and gets out of his car to see if everyone else involved is okay or needs assistance, and finds his mother in law and Sarah Horton (Linsey Godfrey) in a precarious position, with Adrienne appearing to have gone headfirst into the windshield, and Sarah conscious, possibly a little out of it, but also in heavy labor! Her baby could come at any time, the force of the crash having sped up the labor process! 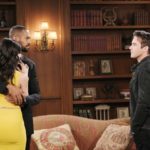 He recalls having taken his eyes off the road for a split second while he looked down at his cell phone, which was in one hand, while he was steering with the other! He is already fearful that he caused the crash, and he knows Sarah and Adrienne need help immediately so he is probably the one who calls 911, and he intends to do what he is able to as far as helping Sarah, but Adrienne is unconscious. He will tell Sarah that he has made the call to 911 and that help should be arriving soon.

Days Of Our Lives Spoilers: Xander Kiriakis Arrives Before The Ambulance Does

For the first time in his life, Will is glad to see Xander Kiriakis (Paul Telfer) who arrives at the scene shortly after Will but before the ambulance! Xander more than likely tells Will to give him some space and watch for the ambulance while he takes over with Sarah. Xander gets Sarah out of the car, and places her outside the car and out of view of anyone driving by as he delivers her baby girl and wraps her up in something to keep her warm.

The ambulance arrives and Will drives to the hospital in his own car, which apparently has not sustained enough damage to make it undriveable. However, by the time he reaches Salem University Hospital, his father in law and husband, Justin Kiriakis (Wally Kurth) and Sonny Kiriakis (Freddie Smith) are already there – and hugging each other tightly. They must have already been notified by someone that Adrienne was brought to the hospital.

Days of Our Lives Spoilers: Will Lani Confess? JJ Determined Not To Let Gabi Hurt Anyone Else! @TVSoapVideos #DOOL #Days #DaysOfOurLiveshttps://t.co/bOYk1HOMBi

Will spots JJ Deveraux (Casey Moss) who appears to be on duty that night since he is in his EMT uniform. Whether he was a first responder to the accident or not remains to play out on the show, but Will feels guilty and thinks his looking at his cell phone may have contributed to the accident and he confides to JJ about it, who takes it all in.

He will tell Will that this information will need to be added to the police report that is done on any accident regardless, it is a required duty of first responders to make a report for the Division of Motor Vehicles and other government entities. He will likely offer to help Will with making out the report if he can. Worse news will come later, though, and JJ may be called away before he can start on the report!